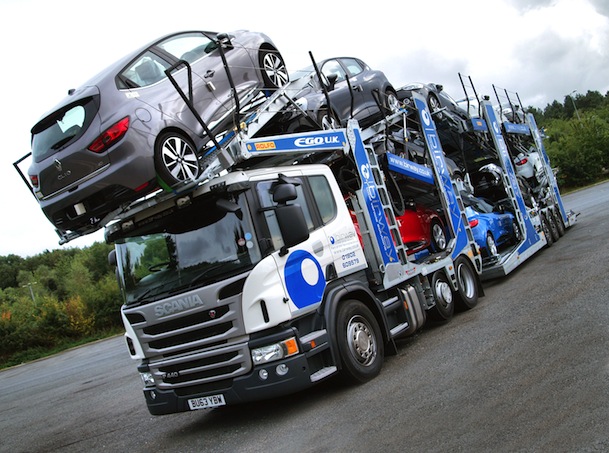 “The September new car registrations figure was the highest monthly total since March 2008. With over 400,000 new cars registered for the first time in more than five years, the UK market is reflecting growing economic confidence,” said Mike Hawes, SMMT Chief Executive, Society of Motor Manufacturers and Traders. “Robust private demand has played a major role in this growth with customers attracted by exciting, increasingly fuel-efficient new models that offer savings in the cost of ownership. This is the 19th consecutive month of steady growth and, with fleet and business demand still to reach pre-recession levels, we believe the performance to be sustainable. The latest 63-plate should deliver positive results into next year.” 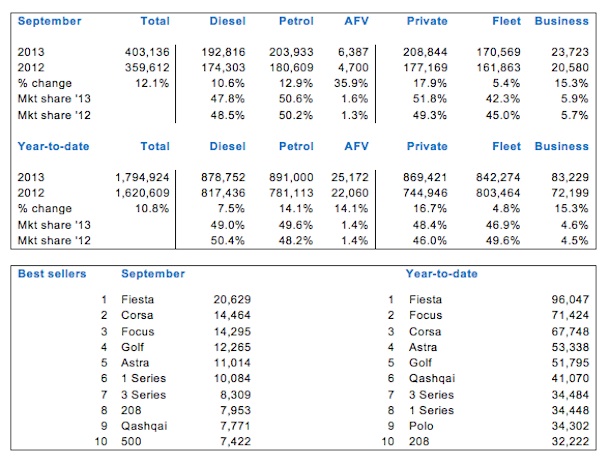 About SMMT and UK the automotive industry:

The Society of Motor Manufacturers and Traders (SMMT) is one of the largest and most influential trade associations in the UK. It supports the interests of the UK automotive industry at home and abroad, promoting a united position to government, stakeholders and the media.

The automotive industry is a vital part of the UK economy accounting for £59 billion turnover and £12 billion value added. With more than 700,000 jobs dependent on the industry, it accounts for 10% of total UK exports and invests £1.7 billion each year in automotive R&D. The industry plays an important role in the UK’s trade balance, with vehicle manufacturers exporting around 80% of production. More than 30 manufacturers build in excess of 70 models of vehicle in the UK supported by around 2,500 component providers and some of the world’s most skilled engineers.