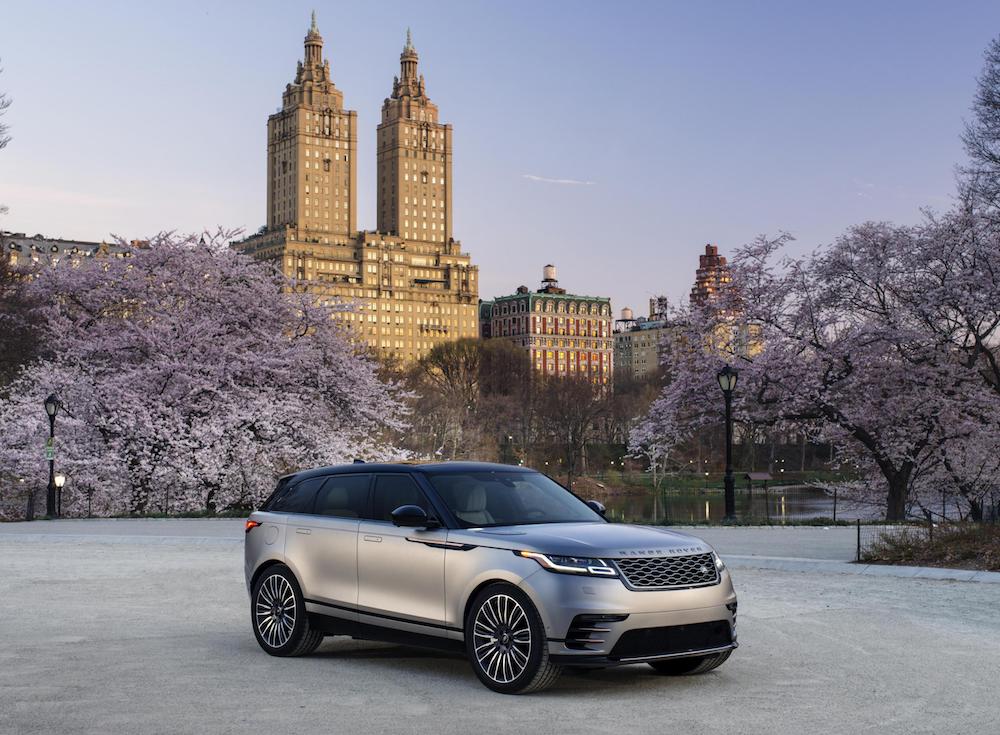 Land Rover has a well-established knack of identifying a gap in the market and then owning that sector. So it is with the superb new Range Rover Velar,  – writes Ian Strachan.

They spotted a space between the Range Rover Sport and the smaller Range Rover Evoque. OK – the Discovery probably fits in there somewhere but, as those clever people at Land Rover surmised, Range Rover has become a brand in itself, and one that many people aspire to.

The Range Rover Velar occupies a price point where the original Range Rover used to sit, but that’s long since moved upmarket, leaving space for the Velar. And if you’re wondering where that odd name from, it was used for prototype Range Rovers way back in the late sixties.

The Velar has a family look which is as distinctive as it is elegant. In shape terms, it’s an Evoque on steroids, with the same gently sloping roofline and powerful front end, with a statement grille and clamshell bonnet.

The big eight-way adjustable seats are superbly comfortable and are one of the features that set the Range Rover apart. This is armchair motoring, cosseted in comfort.  My test car had the optional 20-way adjustable front seats with memory, heating and cooling. Impressively this is a no-cost option. There’s nothing old-fashioned about this interior. Far from it. Buttons and switches are kept to a minimum, with most controls to be found on two large touch-screens, making the Velar one of the most technologically advanced Range Rovers ever.

While bringing luxury to the mid-sized SUV sector, the Velar still has the ultimate capability off road, as well as being very well behaved on road.

It is a superb and enjoyable motorway cruiser , and the Velar can go from tarmac to mud without the driver having to do anything. The vehicle’s electronics work out the needs for the terrain, including ride height, engine torque, traction and hill descent control.

The Velar’s gutsy 3.0 litre V6 twin-turbo diesel engine is a stonker. This unit has plenty of grunt and makes all the right noises, delivering power throughout the range without ever feeling reluctant to propel this big car. The eight-speed automatic gearbox is exceptionally flexible. Compared to Range Rovers of old it’s also frugal for such a big engine powering a big car, delivering 44.1 mpg in mixed driving. This would have been unheard of few years ago.

Handling is stable and predictable, with no suspension wallow, and flat cornering. On road, its manners are impeccable. Steering is light but precise.

The Range Rover Velar doesn’t come cheap – you wouldn’t expect it to. The model I tested will cost you £68,110 on the road. But it’s a Range Rover and you’re paying to join the exclusive Range Rover club. It’s a nice place to be.