Birway featured on CBeebies ‘Maddies Do You Know’ 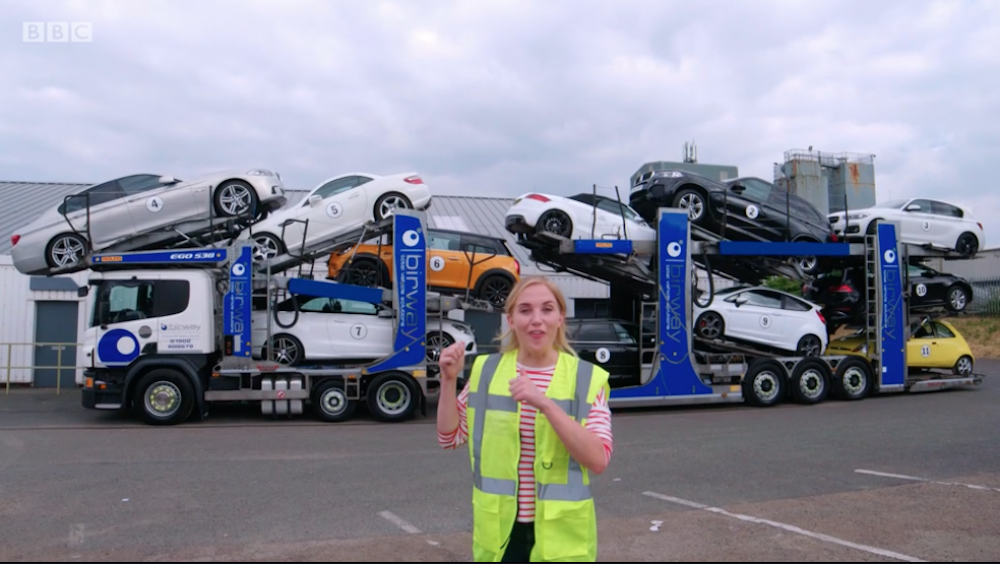 We were delighted to have been asked by BBC’s CBeebies Channel to assist them with an episode on the very popular ‘Maddies Do You Know’ programme.

The episode, aired on Wednesday 1st May 2019, was aimed at informing their young audience how a car engine is made and how cars are loaded on to transporters for delivery.

The film crew and Maddie visited one of our hubs and filmed one of our drivers Andy load 11 cars on to a Birway transporter. An animated graphic also illustrated how this careful procedure is completed.

The episode entitled Car Engine and Car Transporter can be viewed/downloaded here: https://www.bbc.co.uk/iplayer/episode/m0004qv1/maddies-do-you-know-series-3-3-car-engine-and-car-transporter

CBeebies is a British free-to-air television channel owned and operated by the British Broadcasting Corporation. It is aimed at young children, and was launched on 11 February 2002. It manages an international network supported by subscription services.